Please subscribe to our quarterly newsletter on our Home page if you would like to be notified of upcoming events, collections, shows, appearances, etc.
2021: All events have been postponed or cancelled due to COVID-19. Stay safe everyone.

2020: All events were postponed or cancelled due to COVID-19.

2019: Deco Rose Couture teamed up with Evelle LeChat for the launch of Vampire Attire. 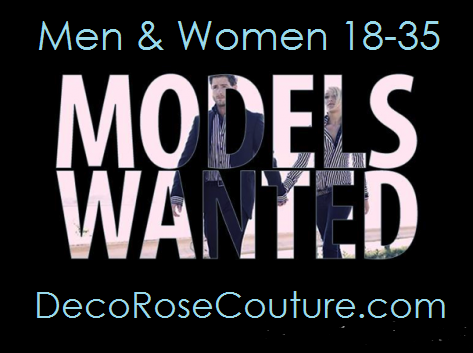 2014:  A fabulous fashion show was held in Nashville.

Copyright 1997-2021 DecoRoseCouture.com. All rights are reserved.
All photographs and content displayed on this site are protected and are not to be copied.

This email address is being protected from spambots. You need JavaScript enabled to view it.
The Deco Rose Couture name and Hollywood in Chains terms are trademarked.
The content on this site is not to be used without the written permission of the owner.